Skip to content
It is not an exaggeration to say that 3D printing will revolutionize the world. Why? Let’s start with some of the benefits. First, it can be used for personal use as well as large-scale manufacturing and construction projects. That means those who can’t afford a house or car might still have access to one through 3D printing services! It also has incredible potential in medical applications like prosthetics and implants which could help improve quality of life for many people around the world.

What is 3D printing and how does it work

The short answer: it’s a process of depositing materials in layers to create three dimensional parts.

Many different processes use this technique, but they all depend on the same principle as solid objects can be created by building shapes from two dimensions (sheets or slices) into three dimensions.

Why is it important? It enables people and businesses to make quicker prototypes without needing so much time and money invested in creating them with traditional methods like CNC machines which require more manual labor than digital technologies do. A prototype may not always look perfect, but regardless of how good its looks one thing remains true about making prototypes – every idea starts somewhere.

Why is 3D printing so important in the world today

There are many benefits to using a digital prototyping method like the Type A Machine, and you can read all about what they are below. The most important benefit is that it enables people and businesses to make quicker prototypes without needing so much time invested in creating them with traditional methods like CNC machines which require more manual labor than digital technologies do.

Why is this important? It means that every idea starts somewhere; even if something doesn’t work out right away, at least there was an initial prototype created to show where things could go wrong or where improvements need to be made as opposed to not having anything at all – because of how expensive it would be for someone else take on those risks themselves!

How 3D printing can Benefit The Society 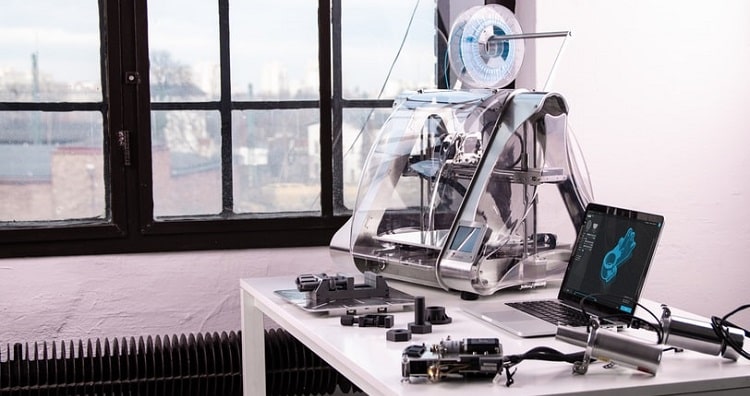 There are many ways in which the general public can benefit from this new technology. For a company to create something, they need to first design it and then manufacture it. With more people using computers than ever before, companies have been able to move much of their designing process online into three-dimensional virtual space where digital modeling software takes a key role in the modern world, providing a stable post for the development of humanity.

To manufacture an object, its design needs to go through a process called “slicing” in which the computer takes the designs and converts them into instructions for a printer that understands how much of what material is needed. This way, when someone orders something from this company, they can print out whatever it was that person ordered.

How 3D Printing Could Revolutionize the Future of Development

The world is always changing, and it’s no exception in the digital age. In particular, a new technology called “three-dimensional printing” has been making waves for its potential to revolutionize how we think about production as well as what we produce.

It used to be that when companies wanted something manufactured by another company, they would have to order up their desired products from suppliers all over the place and then assemble them at their own factories-it was more like an assembly line than anything else.

But now with three-dimensional printers available on the market, these companies can just print out whatever it was that person ordered right there within their facility much faster and easier without having to rely so heavily on outside vendors or intermediaries.

The first major advantage of this new technology is that it’s cheaper because you can have a company print what they need from their own facility, rather than having to order them up from suppliers all over the place.

Secondly, there are significant cost-savings when it comes to transportation costs—shipping heavy raw materials around takes a lot more money and energy than shipping an electronic file containing instructions for printing those same products in the future (like 3d printers for mins). Finally, these printers also offer much better quality control-you know exactly what your product will look like before anything goes into production.

All in all, the benefits of additive manufacturing like this are so significant that it’s really hard to think about what we would do without it, especially when you consider how much progress and advancement there has been.

For example:
If a company prints what they need from their own facility, rather than having to order them up from suppliers all over the place.

There are also significant cost savings because shipping heavy raw materials around takes more money and energy than shipping an electronic file containing instructions for printing those same products in the future.

Finally, these printers also offer much better quality control-you know exactly what your product will look like before anything goes into production.

There are some disadvantages as well though-both with regards to the excessive amount of plastic produced in the world.

Why people should own a 3d printer

One of the many reasons people should own a printer is that it allows them to make incredible things. Why not have your very own robot or even just an action figure? You can design anything you want and print it out from thin air! Your imagination is limited only by what you are capable of creating. If there’s something, in particular, you know how to do, but cannot find someone else who will create it for you-you can now make it yourself! This way we don’t need to rely on others for these types of items anymore.

Another reason that owning a printer would be beneficial is because they are quite easy and inexpensive when compared with other manufacturing processes like injection molding which requires specialized machinery and experienced workers.

How to get started with a home-based printer business

There are many benefits to owning a printer, and with the high cost of commercial printers coming down at price over time, there is no better time than now to get started on this as a business. There’s an opportunity for you! Why not be part of the change?

The first thing you should do when considering starting up your own home-based printing company is think about what items would work well. It can seem like it may be difficult at first because your mind thinks ‘I’m just one person but remember that if someone else has already come up with something similar then there will likely still be some room left-you just have to find out what they’re selling and how they market themselves so that you don’t be one of the people who don’t get to be in the new business. If you are planning to buy a 3D printer for miniatures, you will need to buy… Here at usdigitech.com we sometimes get questions about 3D printing speed, like “how long does 3D… What is a waste toner box on a printer? Are you looking for a way to…